Marble Falls ISD has named Rick Hoover the District Director of Special Programs. Coach Hoover has been with Marble Falls ISD since August of 2013. He has served in the capacity of teacher, boys head soccer coach, and athletic director. He and his wife, Nattlie, have watched two of their children graduate from Marble Falls High School with their youngest being a member of the 2021 graduating class.

Coach Hoover has been instrumental with the changes in the athletic program over the past four years and the District is excited about this next step in Hoover’s career path. “MFISD is thrilled having Coach Hoover join the leadership team at Central Office. One of his strongest attributes is his ability to build strong relationships with students and parents. We will be applying his abilities to good use in the role of Director of Special Programs,” Deputy Superintendent of Administration Dr. Jeff Gasaway said. 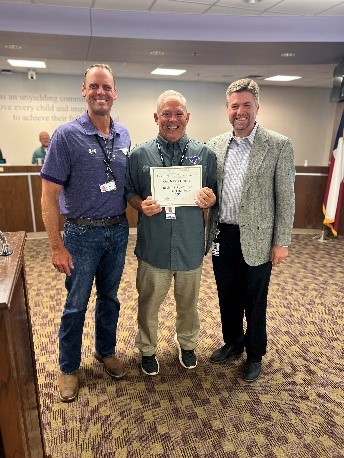 “I have greatly enjoyed serving as the Athletic Director for MFISD for the past four years and we have built a tremendous staff that will continue to take care of our kids. I am extremely excited and thankful to take over as Director of Special Programs! This is a new and challenging position for me, and I can’t wait to get started”.

Given Coach Hoover’s change, MFISD is announcing that Brian Herman assume the Athletic Director’s position. Coach Herman joined the district in the spring of 2019. He has previously served as an assistant athletic director and athletic director for other programs. Coach Herman has demonstrated the ability to build a positive culture and identify coaches who can do the same.

Herman and his wife, Nicole, have three children. Two of the three have graduated but the youngest will be starting his 8th grade year at Marble Falls Middle School. 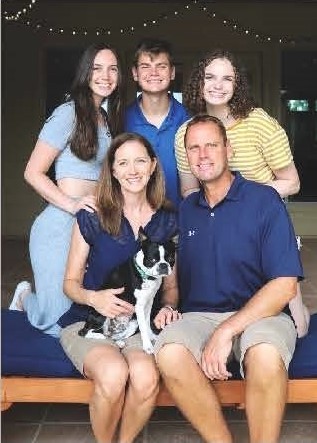 “My family is so blessed to part of this special community. I am so excited for this opportunity,” said Herman. “We have an awesome staff and amazing student-athletes. Coach Hoover has been an outstanding mentor and leader, I look forward to carrying on leading our athletic department.”

John Berkman is being named as Assistant Athletic Director for Marble Falls ISD. Coach Berkman has been a part of MFISD as the head girls’ basketball coach since June of2016. However, he had been with the district previously before rejoining. During his time with the District, he has been a teacher, girls head basketball coach, and girls ‘coordinator. He and his wife, Lauren, have three children, all of whom are current MFISD students.

“John Berkman is a tremendous asset to our coaching staff. He has seen success within his program and consistently produces teams that are competing for a playoff spot each year,” said Dr. Gasaway. “Having him in this key leadership role will help provide stability within the athletic department and is a great testament to caliber of coaches we have on staff that are prepared to provide direction when given the opportunity.”

“I’m really excited to continue to serve the MFISD Community as the Assistant Athletic Director! The Mustangs have been my team since I was a child and will continue to be fora long time to come!” said Berkman.